Your Own French Potager 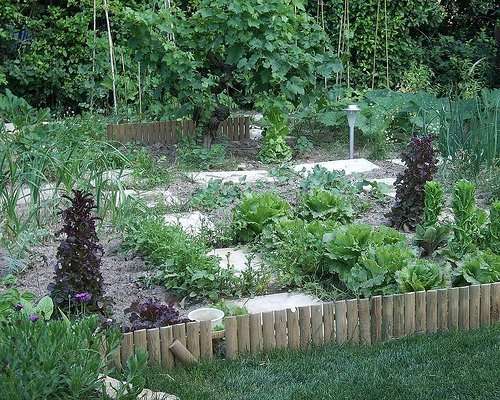 Just as we have come to appreciate the special inflection of the Cottage garden in feeling and style, the French potager has its own flavor that springs from the context of a rich cultural history that holds food, art, and beauty and enjoyment of them all, in high regard.

Both Cottage gardens and French potagers are humble gardens, borne of a family’s need for food, herbal simplesbotanical medicines, and a few flowers for the table. They have been described as being of a “more eccentric and homespun style” than the English type of kitchen gardens.

Perhaps some of the distinction may come from the grander gardens of their respective countries. The parterres and strong edge lines of the French Nobleman’s gardens contribute a sense of containment that the English gardens eschewed in preference for a more natural and exuberant overflow of ornamental plantings. 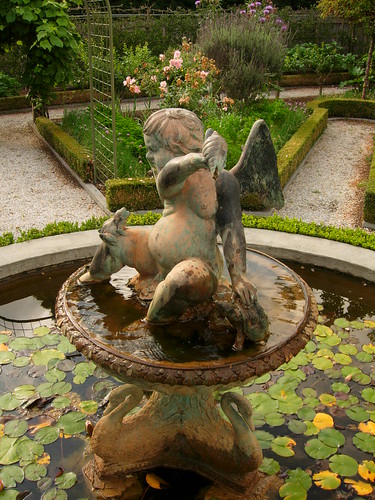 Some gardeners, in order to preserve that strong geometrical design and sense of containment, prefer to use raised beds bounded by permanent frames of brick or wood. Fences or trellising can buffer winds and provide structure for vertical growing. Using the “square foot gardening” method could also be a useful way to start. Think about adding some permanent paths, both for design and ease of caring for your garden space. 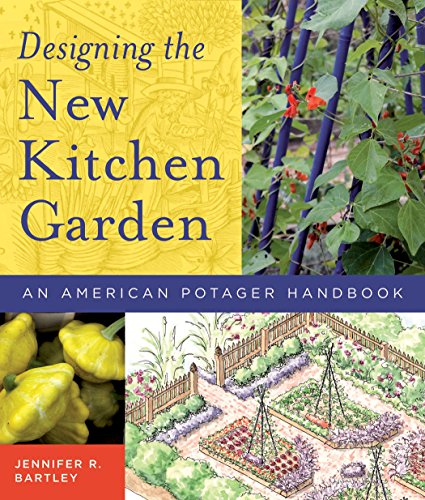 Now don’t take this as an official definition, but I always think of a Cottage garden as a front yard garden, and the FrenchÂ veggieÂ patchÂ as a backyard one. It is more connected to the kitchen cooking pot, with less of the froufrou that all that jumble of full cottage flowers can be in English gardens… the potager works harder to produce food for the table. That is just how I look at it.

Traditionally in the city landscapes of the somewhat small-town neighborhoods of Ohio the front yards were smaller and considered a public space, while the backyards were larger and contained any vegetable or fruit patches. Imagine that little backyard vegetable patch growing to contain some dwarf fruit trees, some neat little edgings of Teucrium or a line ofÂ marigolds to work as companions to nearby herbs or a block of onions. Imagine going out your back door to harvest makings for your favorite dish of ratatouille.

That is your French potager and how it fits into your landscape and your life!

It is more than a mere vegetable patch, however. The potager is the French celebration of food taken outdoors to where the raw materials grow. 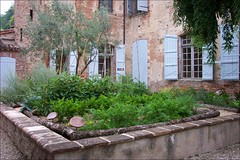 So if the this little food gardenÂ is so connected to the kitchen soup pot (from whence it gained its name), what sort of plantings make this French flavored food garden?

Primarily the vegetable plantings and the herbs that lend flavor and plant protection to them. Cutting garden flower choices included to make up bouquets for the table. Espaliered or miniature fruit trees to border and give especially fine fruits in season.

The Nuts and Bolts of Growing Vegetables

Grow Your Own Food

Since bouquet garni is a classic herb combination in French cooking, certainly those plants would be desirable, parsley, thyme, bay leaf, and rosemary among others, including but not limited to celery, carrots, and oregano. The most basic recipe would be of the parsley, thyme and bay leaf.

I would summarize this effort at a French potager for your own kitchen dooryard garden as being a combination of the Starter Vegetable Patch and the Easy Herb Garden, with room for further additions of small fruit trees or fruits and a cutting garden. All condensed into a manageable sized area, located near the back door. It could be part of a master plan, where one portion is started and then added to as time goes on. Truly a fine way to fill your table with the kind of fresh eating that makes French cuisine so tempting. 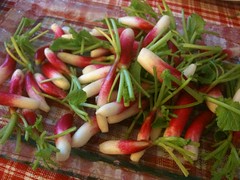 Read up on French Garden Style