Who Are ‘The Good Bugs’? Beneficial Insects for Your Garden 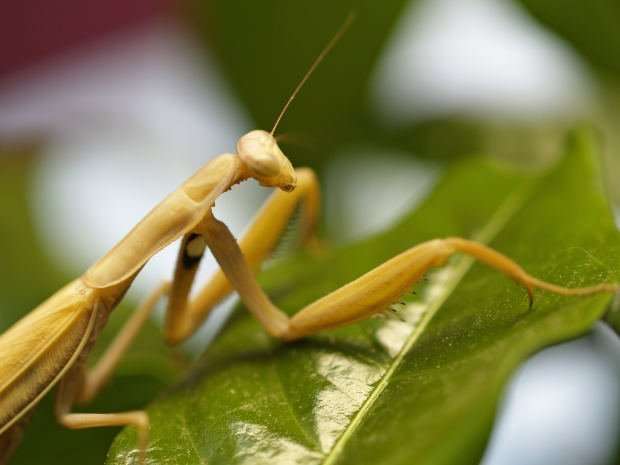 As I was listening to a gardening radio show the moderator answered someone’s question about garden spiders, which tend to be prolific in the garden during the late summer. 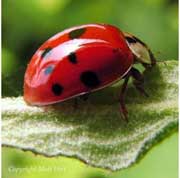 As he put it, they are fattening up for the leaner winter season, but that makes them “the good guys”, eating up insects destructive to the garden.

So, besides garden spiders …just who are the good guys among the creepy crawlies of the garden?

Inviting the good bugs is an important strategy in protecting your plants from insect marauders and growing your vegetables organically. It makes much more sense to try to balance the garden conditions as naturally as possible, both for health and for economics.

Many of the beneficial insects will stay around and reproduce each year. After the initial release of praying mantis I usually have a number of them that reappear in my yard each year.

Good Bugs for Your Garden

Discover What the Good Guys Do in the Environment

Ladybugs don’t fly at night, so release them at dusk.

The three most important beneficial insects in the home landscape? Ants, spiders, and ground beetles …which according to ‘Gardening and Yardening’ have a scurvy bunch of names such as:

Your own little mercenary army.

I had purchased some praying mantis egg cases when I first moved to my country place, and they were resident here for years. EventuallyÂ though,Â  they have suffered total attrition here- either due to some county spraying, or farmers, or eventually moving off. I miss them and in the spring it will be time to again replenish them on the land here.

The cases originally were purchased were from a nursery catalog, out of business now. They looked like small grayish pieces of Styrofoam, if you’ve never seen them.

When conditions are warm enough the tiny mantids break out in a small horde of hungry little predators. They are really sort of cute.The adults often stay around and lay their egg cases on stiff, but light, stems and I used to see them when weeding in the fall.

Should you chance upon them in a place you don’t like you can move them to some branches in a shrub. Just snap off the egg case with the twig intact and place it in a bush near what is to be their new home.

(update) Even when they seem to have been wiped out, often a survivor or two appears. However, you will want plenty of these garden helpers. Buying egg cases every few years is good insurance.Â

Update! In 2014 I found more of the egg cases than ever before. The praying Mantis had made a comeback in my yard. Every year for the past few I have seen number of them, usually towards the end of the summer. This year is the one I have not seen a single honeybee and hope they will make a strong comeback eventually, as well. Now don’t say I didn’t warn you, but if you follow this link to view the power of the praying mantis you will see some pictures not for the weak of stomach. You may not be inclined to support the praying mantids with as much enthusiasm, but remember that they do eat lots of bad bugs!

An organic control for aphids