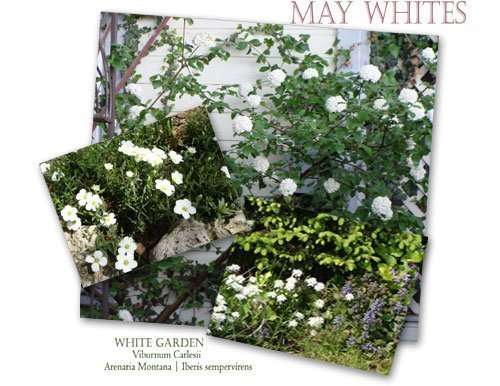 Making an all white garden used to be quite a popular undertaking. Although the idea probably started (in modern gardening times anyway) with Gertrude Jekyll in her book, Colour Schemes for the Flower Garden

, it was Vita Sackville-West who created the most famous white garden at Sissinghurst Castle. This garden was “designed to be at its best in early July and especially in the evenings or when illuminated by a full moon”, and provides a template for making a “moon garden” where the the white blooms reflect the maximum amount of light on a night lit by a full moon. Mysterious and romantic. 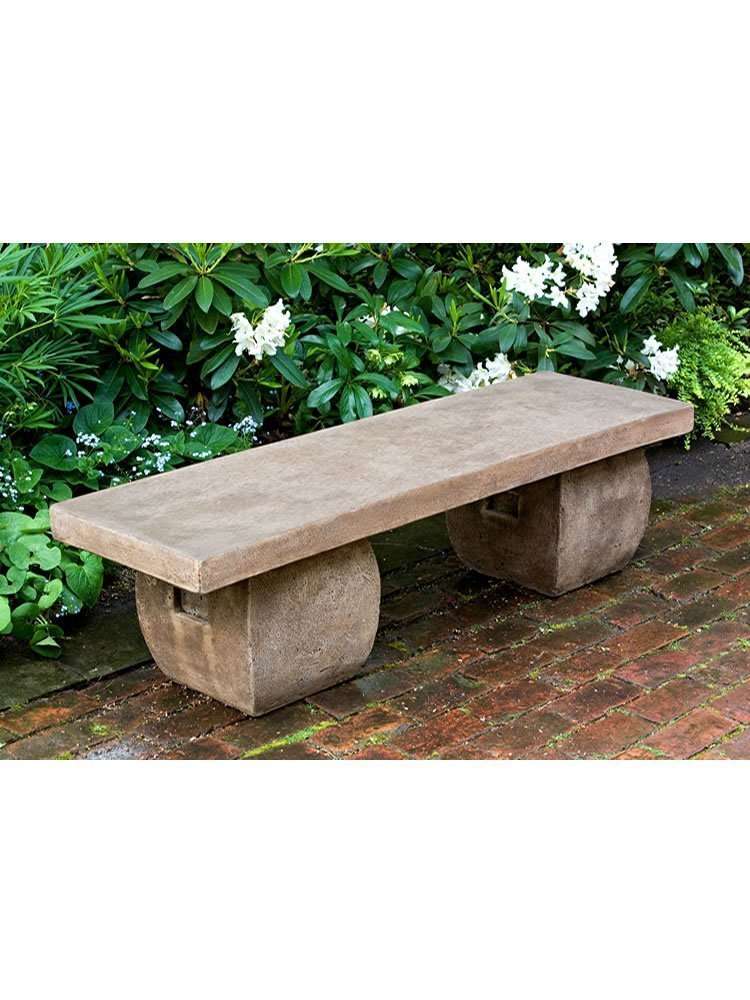 The same powerful aesthetic of limiting foliage and flowers to white with gray may be used in making a Serenity Garden.

How to start? Sackville-West began her musings on a white garden …

I am trying to make a grey, green, and white garden. This is an experiment which I ardently hope may be successful, though I doubt it. One’s best ideas seldom play up in practice to one’s expectations, especially in gardening, where everything looks so well on paper and in the catalogues, but fails so lamentably in fulfillment after you have tucked your plans into the soil. Still, one hopes.

My grey, green and white garden will have the advantage of a high yew hedge behind it, a wall along one side, a strip of box edging along another side, and a path of old brick along the forth side. It is, in fact, nothing more than a fairly large bed, which has now been divided into halves by a short path of grey flagstones terminating in a rough wooden seat.

When you sit on the seat, you will be turning your backs to the yew hedge, and from there I hope you will survey a low sea of grey clumps of foliage, pierced here and there with tall white flowers.

I visualize the white trumpets of dozens of Regale lilies, grown three years ago from seed, coming up through the grey of southernwood and artemisia and cotton-lavender, with grey-and-white edging plants such as Dianthus Mrs. Sinkins and the silvery mats of Stachys Lanata, more familiar and so much nicer under its English names of Rabbits’ Ears or Saviour’s Flannel.

Reading in one of her books, I remember one of her practices was to take a sample of a plant in bloom and go around the garden matching up attractive pairings in a visual way. That might be a better method than the imagination, as the above quote points out. 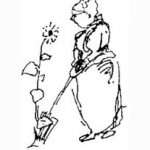 These two doyens of the gardening world had different ideas on the white garden. Jekyll was of the opinion that other color could and should be mixed in, while the idea of Sackville-West was more purist in keeping all to silver and whites. It is Vita Sackville-West’s garden that survives and flourishes; and it is her idea we think of when making a “white garden”.

The attraction of a moon garden, with the plants chosen for their luminosity, evening scent and bloom, could be the desire for a garden at its best during the cooler temperatures or for viewing after a busy day in the workforce or office. Usually their time spent far away from the garden when it is at it’s best, the gardener can relax in the white garden entwining its beauty with cooler, moonlit evenings. Nighttime gardens shine when that gardener is at home and most in need of the rejuvenation that nature can give.

Some people just like the romance and mystery of such a place. Evening and night can bring the most unusual moths, and they can be every bit as fascinating as their daytime cousins, the butterflies.

To begin the plan

White Zinnias For Sun Do you have a spot of sun (6 hours) within your chosen spot? 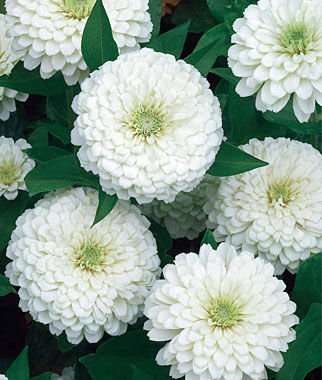 I would gather notes on which white flowering plants and gray foliage are at their best in the evening and blooming together in season. Perhaps creating the core to be at its height in one month, then adding to it to provide more interest during other months. It really depends on how much space the gardener is willing to devote to it. The art of creating an all season garden or a garden at it’s height in one single part of the growing season calls for knowledge of the plants growth habits and also their bloom times. 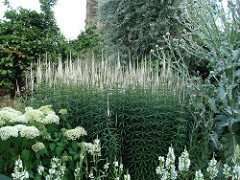 ‘s book I suspected that it had been a long ago attempt at an all-white garden. By the time I moved there the neighborhood had been run-down and a few people, like me, were trying to revive it.

The survivors in my garden included Annabelle hydrangea, a white climbing rose (which my aunt insisted was a ‘Dr. Van Fleet’; and she may have been right) as the main features. White peonies and white everlasting pea were in that small bed and upon the wire fence, too. That remnant of a white garden became the basis of my city garden, which started in the back yard… and eventually took over the entire small property at that time.

Little is left now, as I revisited the old neighborhood recently. Such is the way of gardens, but I digress… 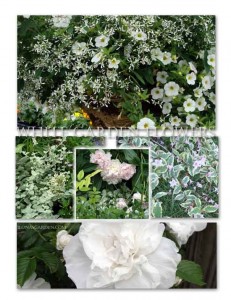