Gingko biloba is commonly called “The Maidenhair Tree”, its foliage shaped like a giant replica of the Maidenhair fern.

The ReasonÂ This Cultivar Is Superior

The ‘Autumn Gold’ Gingko is a selected cultivar that capitalizes on the beautiful bright golden color of the Gingko autumn foliage.

‘Autumn Gold’ receives its name from the particularly uniform and gorgeous golden yellow of the autumn leaf color. As a landscape tree, it is superb; growing 40 to 50 feet high with a spread of 25 to 30 feet, excellent in shape and growing conditions for city use.

Why Should You Plant Male Trees?

‘Autumn Gold’ is an all-male cultivar, an important feature since the one drawback to growing Gingko trees is the fleshy, stinky (described as smelling like “vomit”) fruit of the female trees.

If planting an unnamed variety the autumn color may be more of a “chartreuse” color, instead of the clear shining yellow of ‘Autumn Gold’ and other cultivars chosen for their dependable fall hue. Has no known insect or disease pests

The Gingko biloba is an interesting tree, both in look and in history. It is a “living fossil” having survived with very little change except for an ever-narrowing range of habitat in the wild. Once thought to be extinct, it was found in Japan by a German botanist named Engelbert Kaempfer, in 1691. He brought seeds to Holland where the first trees were planted.

It is native only to certain parts of China, although quite hardy and tolerant of a range of conditions.

In the wild it grows along disturbed stream banks, and that fact clues the gardener to plant it in a well watered place with good drainage.

This tree tolerates clay soil, air pollution, and browsing deer, which makes it a good choice for much of Ohio.

In fact, as a child I often passed by a fine tall growing specimen on my way to Kindergarten, growing in the “hell strip” in the Ohio State University area.

The graceful fans of the Gingko tree leaves have inspired Oriental artists for centuries and still hold our interest captive today. Its leaf most often has two lobes (from whence ‘biloba’ comes to the Latin name), attached to branches in regularly spaced intervals with some growing at spurs on the tree, as well.

With its leathery, fan-shaped leaves -prominently veined, this deciduous conifer grows in a number of cultivars. They range from very slow growing ones ideal for containers to the tall finely-shaped ‘Autumn Gold’, featured. A gingko is a tree that gardeners should consider more.

The Gingko tree has a short period of autumn glory, the leaves turning a sunny golden color before dropping suddenly into a golden pool on the ground.

During its growing season the foliage is a medium green color, with a structure that causes the leaves to flutter in even a light garden zephyr.

Despite its narrow spread in youth, this is not a tree for restricted areas unless using a selected dwarf cultivar. Eventually it grows to very large proportions. See other cultivars at the end of this page. As mentioned, it is a tree for a city street; as sentries to a driveway, grouped or as single specimens in a large yard. Used within a large garden, or at the verge of a wooded area (remember it needs sun) these are excellent landscape trees. Imagine the strong yellow, shimmering, foliage beside a stream or pond, underplanted with Kerria shrubs for an outstanding golden autumn show. Kerria leaves also turn a bright yellow hue, though they are mainly planted for their springtime flowers of that hue. It is a slow-growing tree and likely will take at least 50 years to develop to its full mature height and spread. Individuals with a history of strong allergic reactions to poison ivy, mangoes, cashews and other alkylphenol-producing plants are more likely to experience an adverse reaction when consuming Ginkgo- from a wikipedia article 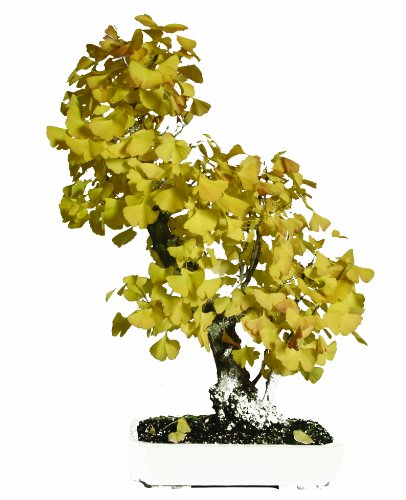 No affiliation with this one, just “fyi”:
Autumn Gold Gingko

‘Princeton Sentry’ has a tall columnar form, slightly wider at the base. Used for a vertical accent, it is male, maturing at about 70′ tall by 10′ wide.

â€˜Magyarâ€™ is a male form discovered growing in front of the Magyar Bank in New Brunswick, New Jersey. With a narrow upright form that has ascending branches, it matures to as tall as 60 feet and 30 feet wide; which makes it an ideal street or urban garden shade tree.

â€˜Jade Butterfliesâ€™ is a slow-growing, dwarf, male tree. With an upright, vase-shaped form it eventually becomes anywhere from 6â€™ to 12′ tall over the first 10 years. This makes it a fine ornamental tree for a garden, even a small one.