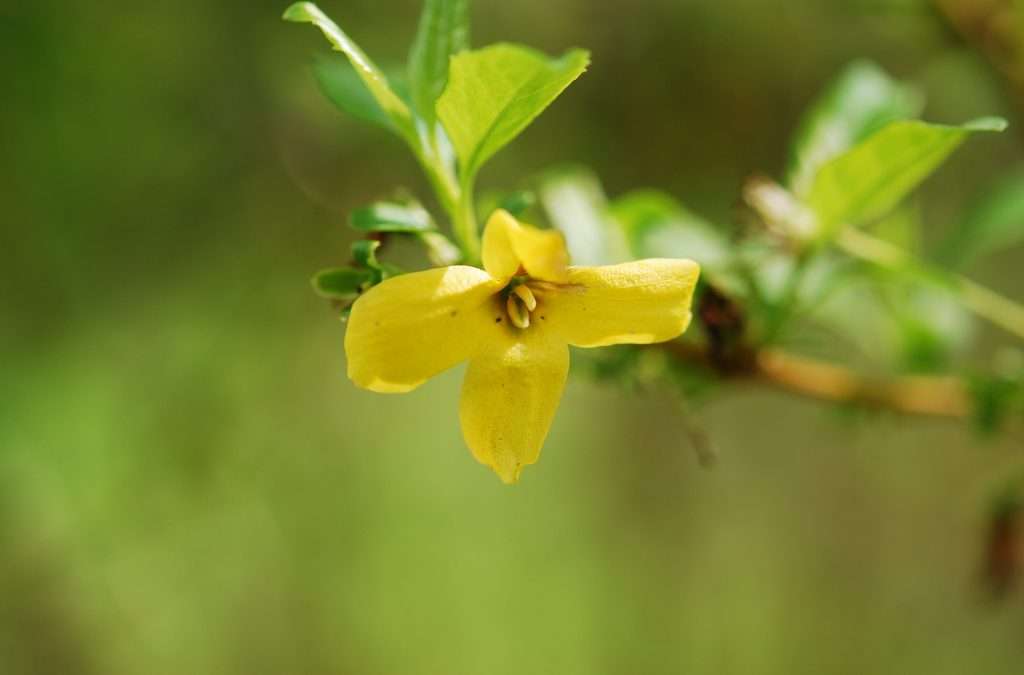 Forsythias are an old fashioned selection, along with lilacs and spireas, and are both well known and loved for that reason. They are not premier shrubs like the Viburnums, but their visual presence in spring with golden blooms that are unmistakeable and make a big impact make this a good choice for those who like big shrubs and a big splashy entrance of spring flowering after a long, bleak winter.

Forsythia gives its name to an entire genus of plants in the family Oleaceae, which is the beautiful olive family (including such trees as the Fringe tree and shrubs such as the Lilac). All over the Midwest you can see the bright golden blooms of this shrub in early to mid April. Sometimes late frost with catch them at this time and ruin the show, but usually they are a harbinger of springtime and cheer the landscape in a way few springtime shrubs can match.

Forsythias bloom on old wood, so once a frost ruins their show, that is it -until the following year.

Not everyone is a fan of the forsythia bush, but if they are well grown with plenty of room (and not hedge-pruned within an inch of their lives) the forsythia is a beautiful addition to a landscape. I had wonderful childhood memories of playing under their arching branches. When not in bloom they have smooth bright mid-green leaves, not particularly showy, but serviceable.

native to China, Korea, and Europe.

The four petaled flowers are star-like bellflower shapes and cluster along the stems of the bush, making streams of bright yellow arches. Nondescript fall foliage color.

These are often very large shrubs with some notable cultivars that are low growing. they can either be arching or upright in form, be sure to check the details on the named variety that you wish to buy. Their leaves are a dark to mid-green with a soft sheen to them.

Since the flowers are the glory of this plant, be sure to grow in full sun so that they have the maximum flower production. 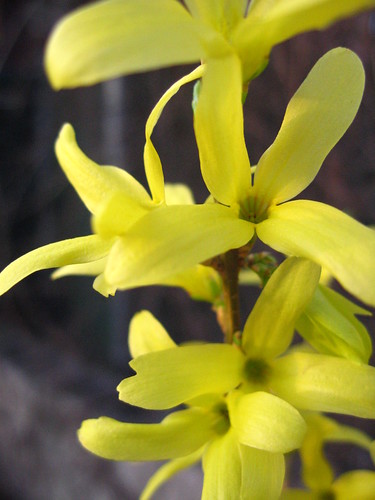 They take average growing conditions in soil and moisture, and dislike poorly drained situations. Hardy, yet the cultivar will make a difference in cold climates. Iowa State University does not recommend the common “Lynwood Gold” or “Spring Beauty” for the coldest climates, but they do give a thumbs up to these cultivars:

A spring bloomer on old wood means no summer pruning if you wish to have flowers. Prune right after the spring bloom is over. If you need to rejuvenate an old shrub you can hard prune them to 3 to 4 inches of the ground in late February and March, and they will grow back. Otherwise, it is best to prune out old branches every other year. Every other year, so as to retain blooming branches each year. 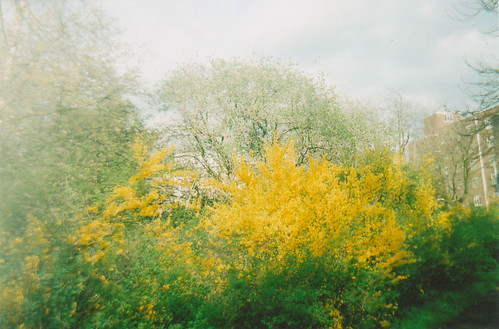 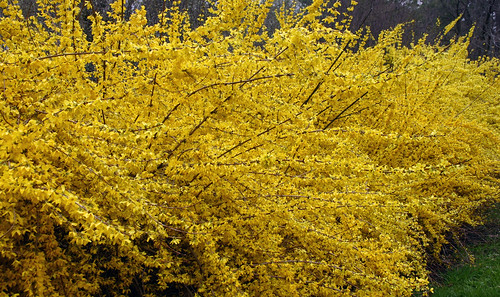 The branches can be forced for winter flowers, bringing a bit of sunshine into the house.

The plant was named after William Forsyth, an 18th century Scottish horticulturist.

How not to spell this shrub’s name: “forsynthia” or “forcynthia” ~ there is no “n” in there.

Forsythia fruits are used in Chinese traditional medicine for antipyretic and anti-inflammatory properties.