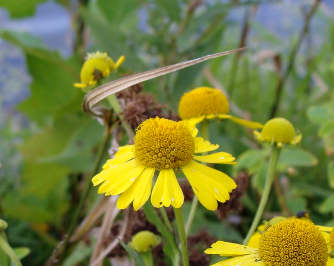 September to October:
What to do in the garden now

This is one of the best times to multiply your plants. Divide perennials, and transplant peonies, irises, and any other plant that needs to be moved. Gather seeds, including your heirlooms. Keep them in simple envelopes or even print out and make your own. The dry days of early fall are just perfect for storing your seeds for next year’s garden.

What one can expect to do in the garden? I don’t know about you, but the early fall is one of my favorites times to get things done in the yard. for one thing the weather is so much nicer, but for another, the pace is more relaxed and it is great to get a head start on next years garden.

If you’ve divided perennials or planted new ones, keep them watered until more regular rains arrive. Same goes for new shrubs or trees- and except for a few notable exceptions, this is prime time to put those into your garden. The key is to plant them now and keep the roots moist going into winter’s deep freeze.

Early fall is is full of local harvest festivals. Since time immemorial, a good harvest is something we love to celebrate.

So why not make the most of your own garden’s bounty? Create a batch of refrigerator pickles (so easy!), bake apple desserts and try new crafts. OrÂ  cook something that uses lots ofÂ  end of season tomatoes.

There are more ideas than any of us has time to accomplish, but no one said it needs to be all done every year. The ebb and flow of life creates seasons when we concentrate more on one task than another. That’s only natural.

There were years I made dried herbal wreaths to enjoy during the winter, and other times when seed saving was my most important activity.

The main message is to cull those autumn season activities that bring you the most joy and benefit from your garden- and do them with gusto!

The Glory Of Fall Flowers, Foliage, And Food

Early fall begins with asters, Autumn clematis, and the blooms of Chrysanthemums, but soon the cooler nights start working their magic on the foliage. Plan for color trees, shrubs, and even perennials can add to the landscape. Berries have formed and will add to the fall’s bounty and beauty, often remaining through much of the winter. 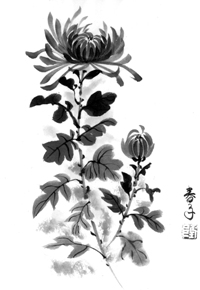 Did you know that Chrysanthemums are one of those flowers that come in a season stretching succession of bloom times? They are categorized as early-, mid- or late-season flowering. The earliest flowers start in mid-September and continue through late October, making Chrysanthemums the pivotal perennial flower of the Autumn.

This time of year is when we plant for fall edibles in the vegetable garden, refreshing the landscape with a bit of sprucing up, and getting ready for next spring. We plant bulbs, dig up flower beds, divide perennials, and generally ready the garden for the coming hibernation that will begin with the first killing frosts of late autumn.

It is a time for ending this season (while trying to prolong it as much as possible), and getting a head start on the next, including planting trees and shrubs. Harvesting goes on, with tomatoes and peppers until frost, and apples all though the season.

After the first mild frosts vegetable crops such as cabbage and parsnips taste better, and apples and pears improve. A hard or “killing” frost will come later and damages unprotected plants.

If you love apple cider and baked apples this is the chance to have your fill. Roadside stands are often abundantly supplied with many varieties, and often offer good quality apple cider for sale. If one is located near you, U-Pick farms are a fun activity. Collect your favorite apple recipes and take advantage of freshly ripened apple produce -buy locally!
Apple Recipes | Heirloom Apples | Tasty Apples 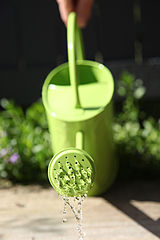 Probably the most important thing to do this time of year is to water your newly planted shrubs, trees, and bulbs. Make sure that new plantings and fall planted vegetable seedlings have regular moisture.

Time to plant garlic. Plant now for a harvest in July of the coming year. Try several varieties.

My mother used gather bittersweet for fall arrangements. I don’t see it anymore, but if you do see some growing on a fence cut a few branches for lasting indoor decoration.

Many of the same plants are supportive of birds, as for butterflies.

More of the Season: