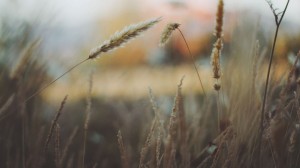 Weeds, insects, disease, acts of nature, these all create gardening challenges. This year I faced more than a few, but the universal challenge to gardeners everywhere has to weeds.

You would be surprised to know that I don’t hate the task of weeding. At times it is a relaxing, almost meditative activity, but the sheer amount of unwanted, invasive plants makes this a chore that threatens to overwhelm my abilities… and my gardens.

That is the reason I emphasize not taking on more garden space than one can handle. In my case, I must think of downsizing due to changed life circumstances and physical abilities.

A life long lesson I learned from an elderly Italian gardener back in my old neighborhood:

If you keep up with the weeding regularly, you will have less and less of it

I had been in a conversation with him over the backyard fence. He was very quite aged, and yet his garden was immaculate. I asked him his secret. It turned out to be very simple. He had gardened there for many years and said he steadily kept the weeds at bay, daily (or very nearly so), and that in these years it wasn’t difficult to do. The weeds were not given a chance.

It is very true that the unwanted plants will steadily diminish if you have a small city yard like we did. And while my rural landscape is much greater test. Still the old adage rings true, 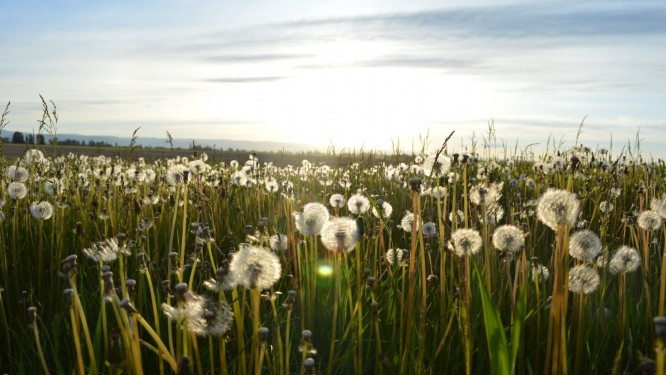 Such thoughts spur us on to rid our yards of choking weeds that might soon crowd out favorite plants.

What I Do When the Weeds Take Over

Usually it is after a vacation, or maybe the weather was unusually hot, there are those times when unwell, we may find the weeds have the upper hand.

I tackle this by taking one area at a time. It might be the cracks in the fieldstone walk, or a flower bed, or out by the driveway landscaping, but I try to clear one section at a time to regain control in a garden gone wild.

I try to draft help. Usually I’m the sole gardener, but if things are really weedy and overgrown I try to get helpers. Not always successful, but it is worth the effort to ask.

I take the tools and a wheelbarrow beside the area and work steadily for as long as it takes. Sometimes it takes short periods over a week or two. The thing is that steady pace and consistency wins the battle.

Weed-free mulches?Â I once used straw and grass clippings, but for me they produced so much weedy grass that they were more of a problem than leaving the soil bare. I have had problem funguses from the hardwood mulches I favor, too. Still, I advocate using mulches, and simply give the caveat of remaining vigilant in the use of them. Clean sources are the best preventions.

This is a real heartbreaker because there are plant diseases that strike almost overnight it seems. I’ve had this problem in spades in the past couple years. We don’t always know the conditions that make our plants ripe for disease, but usually it is stress on the plant plus some unusual weather condition, mostly too much damp and wet in this part of Ohio.

I lost some Japanese native plants to a wet spring that followed a very cold winter this last year. Both my young Japanese maples, and part of my Hinoki Cypress died almost overnight. In recent years the planting of juniper plants near crabapples has been an unwelcome appearance of cedar rust.Â I knew better, but I overlooked the warnings. I think I will have to remove the rug junipers, now.

Wipe with disinfecting solution between cuts.

While we can’t prevent all disease in plants any more than in any other organism, the same rules of prevention can apply.

Nobody Controls The Weather

We can still be working along with nature instead of against. This is why those hardiness zones are so useful. The average temperatures expected, and a plants ability to survive is useful to know.

The same goes for drought. Certain areas are prone to cyclical droughts, and plants that are resistant to droughts will be more likely to survive.

We can also use gardening methods such as mulching, plant protection (like rose cones), microclimate gardening.

By and large, a garden is simply the mirror of life with its vicissitudes, vagaries, and joys. The year an ice storm took down huge tree branches seemed pruning enough to me, but it was followed by a year with powerful winds, which thankfully did not take down entire trees as it did for other, but seared through the trees removing much more.

Garden Mistakes, Decisions Yet, some of these disasters make way for other opportunities to grow and create our gardens. I hope you will look at your gardening challenges in much the same way, lessons to learn from as well as an experience of the drama and panoply of nature around us.